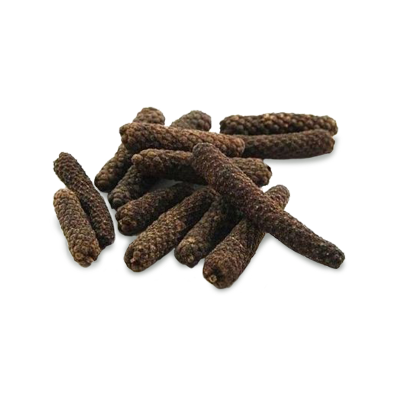 Coming from the same family as pepper it shares resemblances with it in terms of taste. However, the taste of Long pepper is far stronger and hotter than the regular pepper. The spice is an origin of Indonesia and is also grown in India which together constitute the bulk of its production. Early used in Ayurvedic medicines, the use of this spice has now widened to be used in cooking in countries such as India, Indonesia, Nepal, Africa as well as Malaysia.

What do we offer?
Indian long pepper in bags of 60kgs.