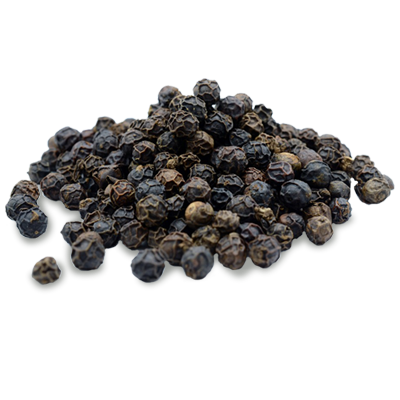 Black pepper also referred as Black Gold is the dried mature berry of a shrub called Piper Nigrum. It is considered to be a spice of Indian origin which today is being grown in various other parts of the world. It is widely used in the in cooking mainly due to spicy flavor that it gives when added. It is also used as a preservative in some food items such as pickles. Owing to the health benefits that it provides, black pepper is also widely used in the medicine making process.

What do we offer?
Indian Black pepper of varied sizes and quality.